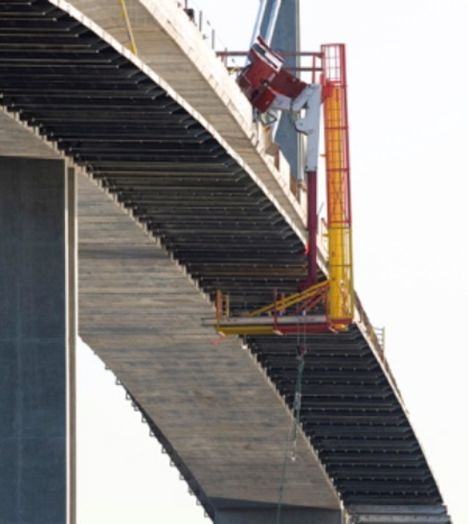 WorkSafeBC of Canada has halved one fine and cancelled another from a fatal crane accident in Vancouver in 2008.

Andrew Slobodian, 22, was crushed in his cab, when the pick & carry crane he was operating flipped over on the North Arm Bridge in Vancouver. WorkSafeBC found Slobodian was neither sufficiently trained for the job nor sufficiently supervised.

The two companies appealed the near-record fines and on Wednesday, WorkSafeBC’s review division announced the cancellation of the fine against SNC-Lavalin, while it cancelled the discretionary element of the penalty, against RSL, which had been added to the standard penalty as the inspector claimed that it was the result of wilful or reckless disregard for the health and safety of a worker.

The $81,808 fine on SNC-Lavalin was cancelled because the reviewing officer concluded that “the prime contractor had acted with due diligence and should not therefore be penalised for the violation of a subcontractor.”

“The workers’ compensation system provides two levels of appeal for parties who disagree with the initial decision of a board officer: an internal review and an external appeal,” said Roberta Ellis, senior vice-president of corporate affairs at WorkSafeBC.

“In this case the reviewing officer considered additional evidence provided by the parties participating in the review.”