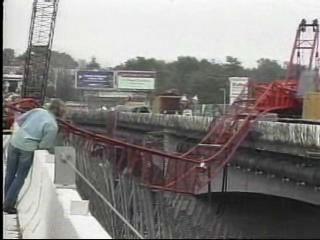 The city of Redding could face more than $26,000 in fines for Monday’s crane collapse. City officials say investigators are looking into the accident that broke a sewer line dumping more than 1,500 gallons of raw sewage into the Sacramento River. Officials say a cable on the crane broke causing the collapse on Cypress Avenue which knocked a hole in a sewage pipe and blocked traffic for several hours.