A telescopic crawler crane overturned yesterday while being loaded onto a transport trailer in Connecticut.

The crane had been working on the Moses Wheeler Bridge between Stratford and Milford and was being loaded for transport to a job in Pennsylvania. We understand that the trailer has already reversed under the jacked machine and it was being chained down, when a link in one of the chains broke and over it went. 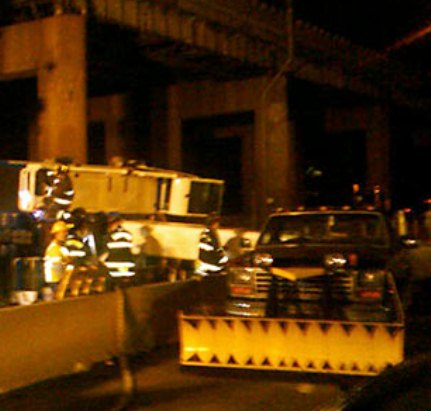 Oddly the crane’s boom was elevated, which may well have caused the instability/overturning moment? Thankfully no one was hurt in the incident and leaking diesel was successfully contained. A couple of cars were clipped by the falling boom.

The crane will be recovered later today.