A boom truck crashed into the roof of a house in Concord New Hampshire yesterday as it attempted to lift parts of a tree from the rear garden. 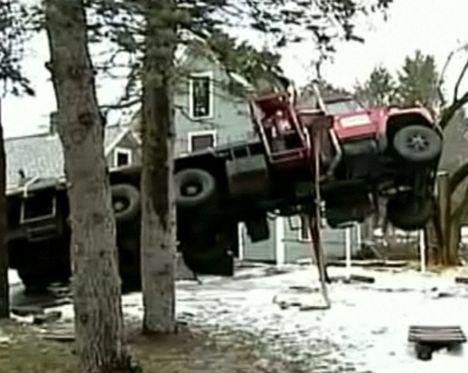 The operator said that he had set up the crane properly but that as he lifted a particularly heavy load the outriggers skidded forward causing the crane to go over. The boom came down onto the roof of the house, preventing the crane form completely overturning. No one was injured in the incident.

The crane was winched upright and appeared to have suffered little damage to the boom, however the crew struggled to close the machine up, indicating some structural damage. 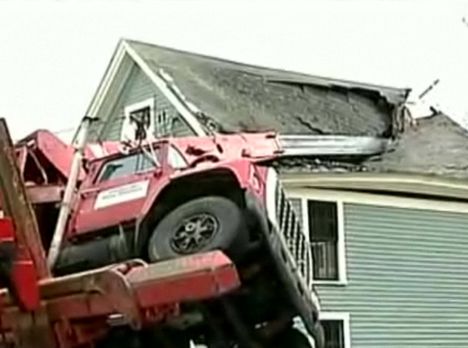 Tree trimming or removal is now one of the most common causes of crane’s overturning. All too often the tree limbs or parts are heavier than anyone expected and with cranes working at long radii, a miscalculation of a couple of hundred kilos often ends in tears.

Crane operators taking on such work need to put as much planning, if not more into this type of job – which tends to be treated casually – than with larger more sophisticated ones.