Another Jost tower crane jib collapsed yesterday on a building under construction in Croydon, London during a storm.

The crane is working on a new tower block known as the IYLO building. The 20 storey building has stood unfinished for some time and is planned to provide low cost homes. 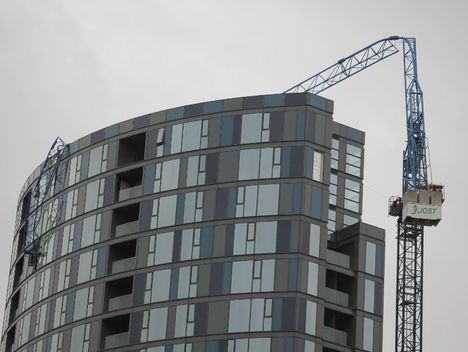 The scene the following morning 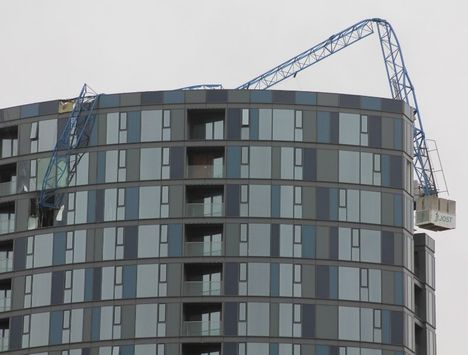 The damage to the building was relatively light

Thankfully no one was hurt in the incident although 15 ambulances and a helicopter are said to have descended on the scene. The crane is a Jost JTL 158, owned by Falcon. It looks as though the jib in its out of service position did not fully ‘weathervane’ resulting in strong side loadings that parted the jib’s two lower chords. 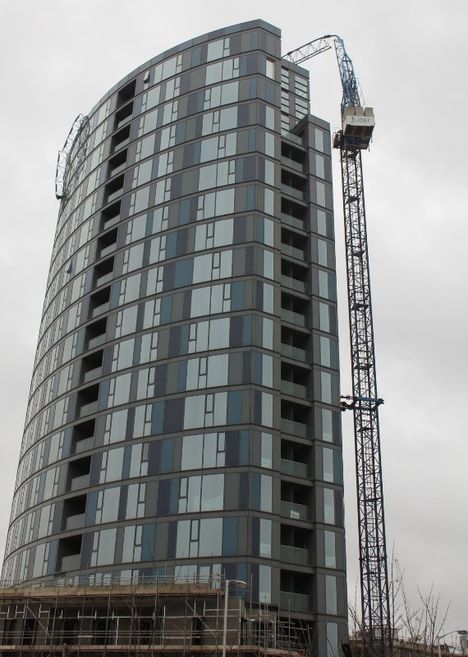 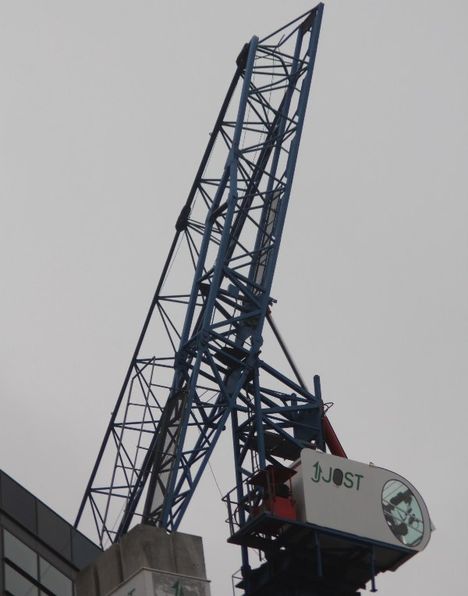 The crane was apparently equipped with a 50 metre jib

This is the third incident in around three months with a Jost crane in London, and yesterday’s incident looks very similar to a crane that failed in Croydon in October – see: Two tower crane jibs collapse in London. 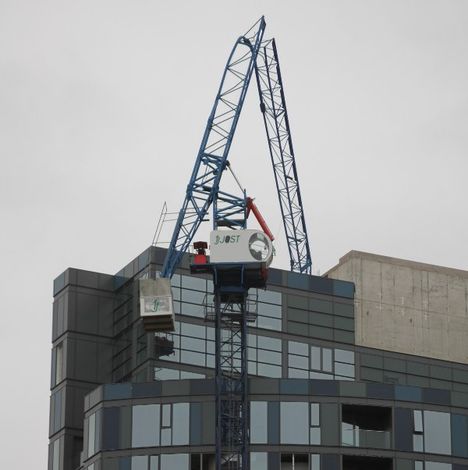 It also looks as though a the crane may have failed to ‘weathervane’ properly?

The jib gave way close to the base section

Another one suffered a similar incident back in 2011 when a crane jib failed on a site in Saffron Walden near Stanstead airport – see: Crane jib collapse. The Health & Safety Executive announced an investigation into that incident and we understand no report has yet been issued on its cause.