A woman was badly injured when she drove out in front of a crane yesterday in Chelsea, Maine.

Police say that Sally Gousse, 76, pulled out of her driveway and into the path of the truck crane, owned by W. H. Green and Sons of nearby Vassalboro. The crane’s driver Eugene Green swerved to try and avoid her but ended up striking the driver’s side of the car.

The car was totalled while the crane was barely damaged. 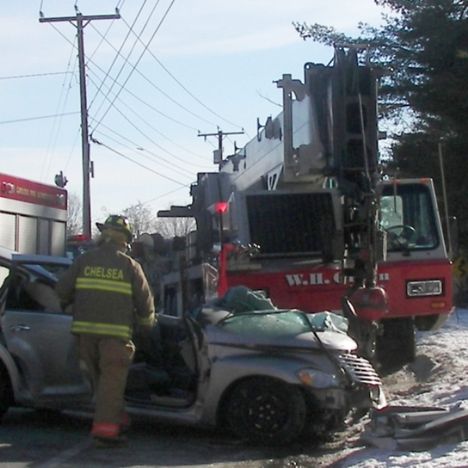