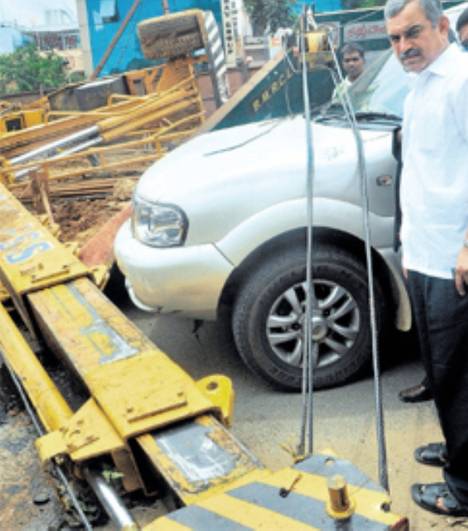 The 12 tonne Hydra crane built by ACE, reportedly lifting a two tonne concrete pile, when the ground under its front wheels subsided causing it to tip over sideways with the three section boom dropping across the busy road. Officials from the Bangalore Metro Rail Corporation immediately blamed the incident on operator negligence and the fact that heavy rains had made the ground soft. Ram Tekker, chief engineer on the project said: “The hydra was lifting cement pile. The workers had not fixed the jack properly. The soil was loose as it had rained. The hydra turned to its left and fell on the road seconds after it started lifting a cement pile. “Usually, the hydra can lift weight up to 12 tonnes, but it turned turtle while lifting a cement pile of just two tonnes.”