A number of buildings were evacuated in downtown Wilmington North Carolina, yesterday after the boom of a nearby mobile crane appeared to buckle.  Police were concerned that it might bend further or break and fall on the occupied buildings that were within range– thus the evacuation.

The crane was working on a new Courtyard Marriott hotel and was lifting a large vertical steel beam into place when the incident occurred. The crane operator stopped operations immediately and called for help. 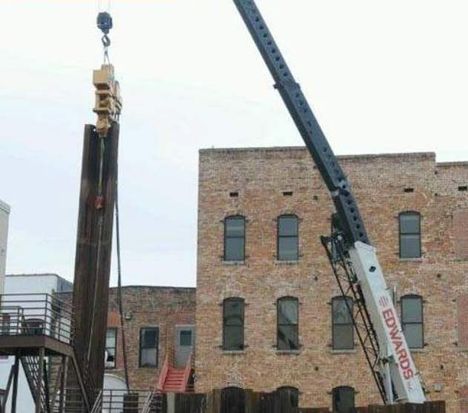 Two other cranes arrived, one of which lifted a suspended man-basket up to the beam in order to disconnect the slings from the stricken crane’s hook. It was then moved away from the buildings and people were allowed back in. The entire exercise took over two hours. 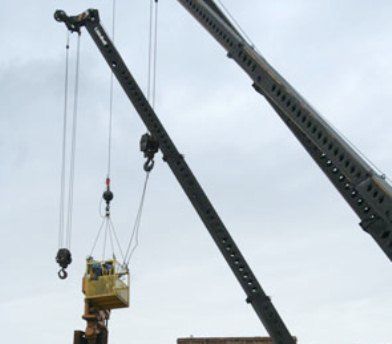 No injuries were reported. The crane, a link Belt telescopic is owned by Edwards of Spring Hope, North Carolina.

The main contractor on the job is Graham Construction of Concord, North Carolina. Inspectors from North Carolina Occupational Safety and Health Administration arrived on site after hearing the news, and launched an investigation into what happened.

Edwards operates an extension fleet of crane with capacities of up to 600 tons, the company operates out of five locations and claims to be the biggest crane rental company in the state.