A boom truck lifting a large air conditioning unit in Mentor, Ohio yesterday overturned, with the boom coming down on to a row of parked cars. 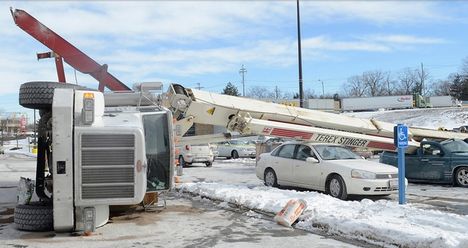 The crane, a Terex Stinger 4700, owned and operated by Buckeye Crane & Rigging of Independence, Ohio was contracted to deliver and place the unit by Viking Refrigeration. The operator escaped uninjured and thankfully no one was hurt in the incident. 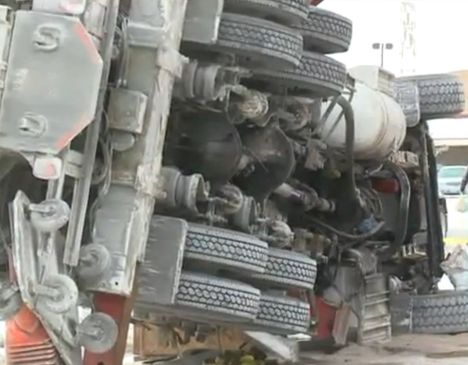 One of the front outriggers appears to have been fully retracted 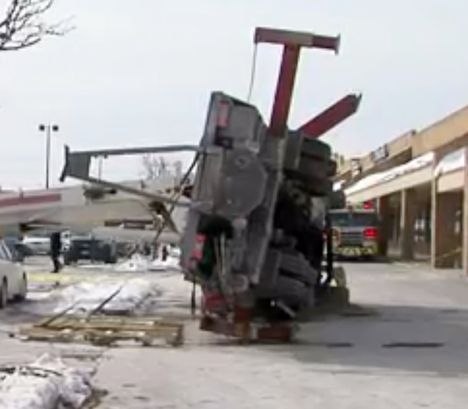 It is clear from the photos that we have received that the cause was due to the front outrigger – to the rear of the lift direction, was either not set or managed to fully retract. The rear outrigger on that side was only partially extended. It looks as though the load was then slewed over the partially extended stabiliser and the crane went over.

Buckeye sent another boom truck to the scene to rescue the fallen crane. In spite of all that happened the rescue crane never bothered to use out outrigger mats and the slinging might have raised a few questions in some quarters, but all was well and the crane was uprighted, liberating the crushed cars to be towed. 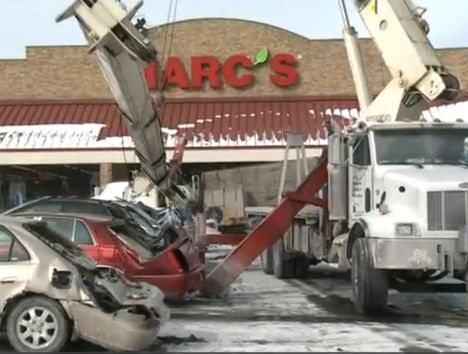 The recovery lift begins, note the absence of mats 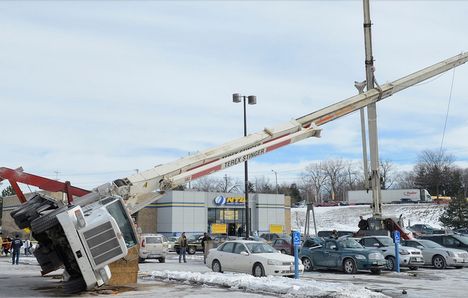 The recovery moves towards the point of balance