A 600 tonne crawler crane slipped off a truck yesterday, while being loaded in Singapore, fortunately no one was hurt in the incident.

The crane a Terex CC2800 owned and operated by local heavy lift and crane rental company Yew Choon. It had just finished work at the new National Stadium in the Kallang area of Singpaore, where it had been helping install the stadium roof structure. 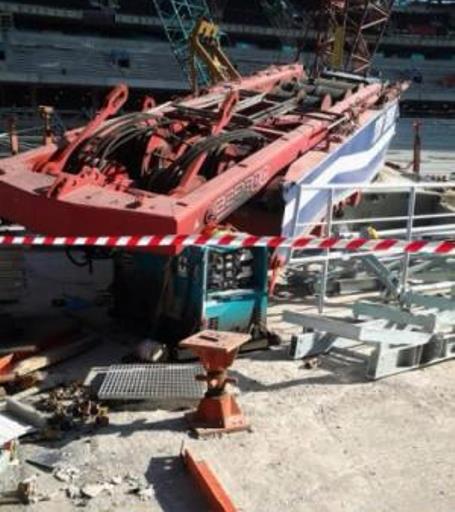 The superstructure does not appear to have been locked

It looks as though the slew lock was not activated and that the superstructure swung over the side as the loading jacks were retracted which probably caused the trailer to list to one side. The Ministry of Manpower (MOM) was informed of the incident and is expected to investigate. 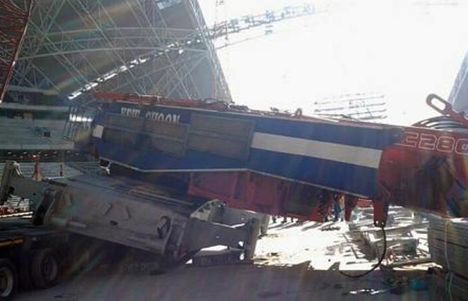 The crane slipped off the trailer 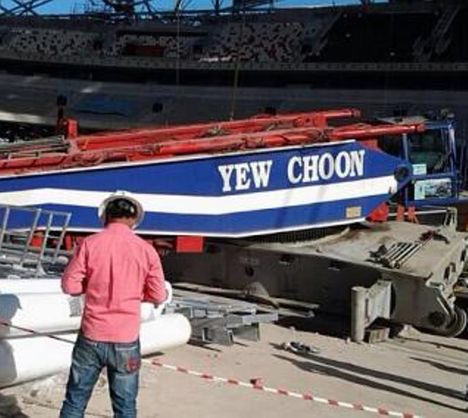 No one was injured and damage appears light