Bystanders are sure to enjoy watching the huge crane being assembled on the construction site.

Grab your hard hats. The tower crane is coming. 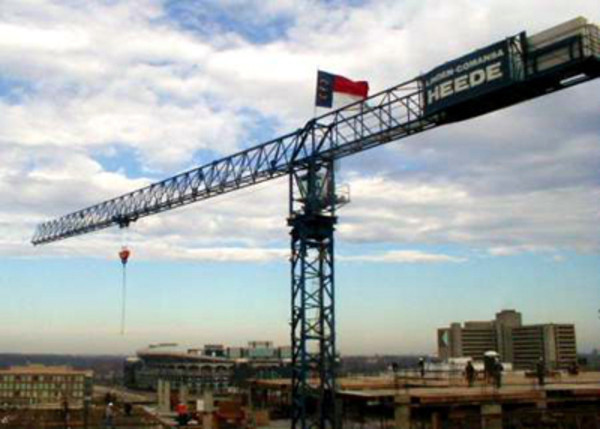 The huge piece of construction equipment is about to go up in the heart of Doylestown, on the site where the new Bucks County Courthouse is being built.

The crane will be 175 feet tall, Doylestown Borough officials said.

Construction of the crane will begin the week of July 23, according to Kelli Scarlett, the borough’s director of building and zoning.

It will be brought to the site in pieces and assembled on location by a smaller crane, Scarlett told borough council members Monday night.

A common sight on major building projects, the large crane will be used during construction of the new courthouse across from the current courthouse on Main Street.

“They’re huge,” Scarlett said. “The kids love to watch them.”

The crane will be anchored to a deep, solid concrete foundation poured specifically for that purpose, Scarlett said. When the major building work on the courthouse is finished, the crane will be disassembled and removed from the site, she said.

Safety regulations on the site will be monitored and enforced by the appropriate authorities, including the Occupational Safety and Health Administration.

Scarlett said borough officials are ready to field calls and answer questions from the public about the crane.

Want to have a great reputation? Earn it!