A tree being loaded by a loader crane in a new town in the southern province of Binh Duong, struck a power line that forms a critical part of Vietnam’s national grid, causing a massive power outage across the southern region of Vietnam yesterday. 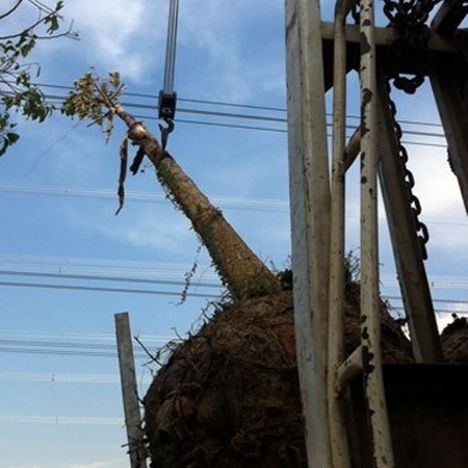 The truck driver Ngo Tan Thao said that he was loading the 10 metre tree at a nursery when it touched the cable. “A big explosion followed”, he said. “I jumped down from the truck and received a mild electric shock, the trucks front tyres were also blown out.”

The outage affected the southern half of Ho Chi Minh City and the Mekong Delta provinces of Soc Trang, Hau Giang, Ben Tre. Phnom Penh neighboring Cambodia was also affected. Authorities have impounded the truck with its loader crane for further investigation.

News web sites across the world reported that a careless crane driver had shut down a third of Vietnam’s power. While not completely wrong – Ngo Tan Thao is first and foremost a truck driver, who happens to have a crane on board for loading and unloading the trees he delivers.

Not quite the same as a crane operator, but perhaps we are being pedantic?