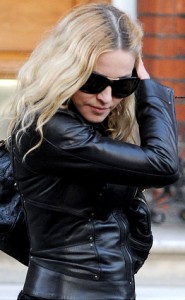 Tragedy struck in Marseille this morning, when the roof of a massive stage being crafted for the Material Mama’s upcoming concert collapsed on several workers, leaving one dead and seven injured.

Madonna was rehearsing her show in Udine, Italy, when the incident occurred, but wasted no time in sending her heartfelt condolences to everyone involved in the collapse at France’s Velodrome Stadium.

“I am devastated to have just received this tragic news,” she said.

“My prayers go out to those who were injured and their families, along with my deepest sympathy to all those affected by this heartbreaking news.”

The sold-out Marseille concert stop, scheduled for Sunday, has since been canceled.

There’s been no official word yet on what caused the stadium’s roof to collapse, though firefighters told the Agence France-Presse that the roof became unbalanced as it was being lifted by four cranes.

One of the cranes reportedly fell over, crashing onto the stage below.

Marseille city councilor Maurice Di Nocera, meanwhile, told France-Info radio that the roof was roughly two-thirds complete when it began “shaking and collapsing,” before gradually falling on the workers just after 5 p.m. local time. He credited the gradualness of the event with allowing several people to flee before its collapse.

“Fortunately, it didn’t collapse too quickly, as there would have been quite a few victims,” he said.

According to the AFP, up to a dozen people were initially trapped when the structure, which has since been barricaded by emergency workers, first collapsed.

All of the injured workers were immediately taken to local hospitals. Two were listed in very serious condition, while the others suffered fractured bones. None of their identities has yet been released.