The operator of a loader crane in Germany was injured on Tuesday, having failed to properly set his outriggers while lifting a large load.

The man, 59, employed by a landscaping company based in Salzkotten, was said to be unloading a boulder – although it looks more like a bulk bag – said to weigh six tonnes, in Geseke, near Paderborn in central Germany. The outriggers of the rear mounted crane were lowered but not extended and the MKG crane overturned. 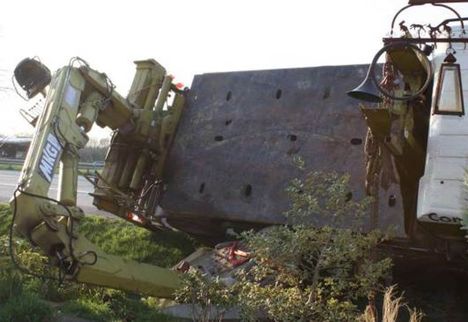 The operator was quick enough to get out of the way, which probably saved his life, but he was still injured in the incident and had to be rushed to hospital.