The boom of a 200 tonne lattice crawler crane dropped its load and collapsed onto a boom lift and barge in Nova Scotia on Thursday.

Thankfully no one was injured in the incident, which occurred while a bridge was being dismantled. The crane, owned and operated by A.W. Leil Cranes & Equipment of Dartmouth, near Antigonish, was working from a barge, removing a 55 ton span of the former railway bridge, when the boom appears to have buckled dropping the load. 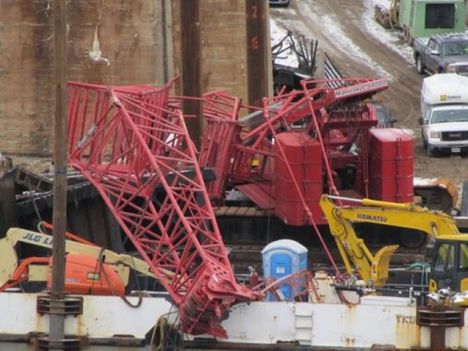 The span was being lowered at the time and was around six metres from the ground, when the barge started to move and the boom gave way. Four men, including the crane operator, were working on the barge when the load came down, all escaped with minor injuries at worst. 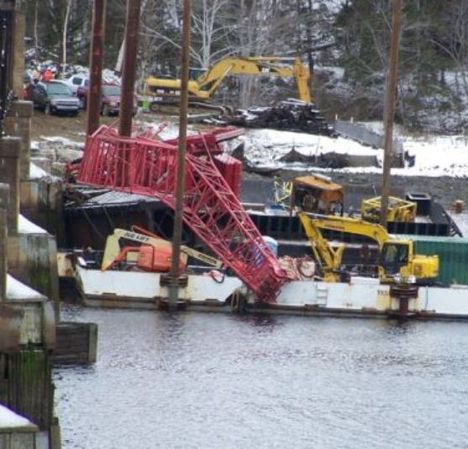 An investigation into exactly what happened is currently ongoing.