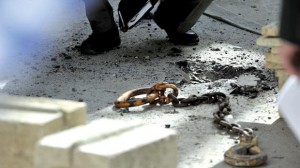 Zaren Baldacchino, 59, was visiting his son on a Sliema construction site yesterday morning when the steel wire of a tower crane snapped and its metal hook fell on him, killing him on the spot.  Mr Baldacchino, from Siġġiewi, was standing in Sir Arthur Mercieca Street where the large crane was set up.

The wire supporting the pulley block snapped and the metal hook attached to it struck Mr Baldacchino “in the chest area”, sources said.  He was already dead when the ambulance arrived.

Sources said Mr Baldacchino had gone to visit his son, the owner of Emanuel Baldacchino and Co. Limited, the contractors working at the site. The victim was not involved in the construction work.  The Occupational Health and Safety Authority (OHSA) said it inspected the site and found that, at the time of the accident, the crane was not loaded.

“The crane was not being used to lift any object, so overload has been ruled out as the cause of the accident,” the authority said.

It will be carrying out further investigations to understand what caused the wire to give way.  The police cordoned off the area until court-appointed experts and OHSA officers carried out two separate inquiries.  A man who works in the area said he heard a very loud crashing sound immediately followed by “loud crying”.

Passersby commented on the general lack of safety in the area, where tower cranes have become part of the landscape.  In fact, there are at least four other building sites around the block. Another tower crane has been set up in a parallel road.

In the statement, the OHSA reminded construction workers to follow regulations regarding the operation of cranes and large lifting machinery. Not making specific reference to this incident, the authority said regulations spoke of inspecting the equipment each time it was assembled on a new site. 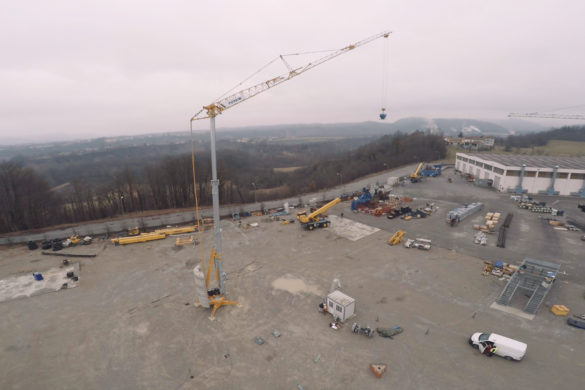