An 18 year old student fell to his death from a tower crane at Penn State University in Pennsylvania on Saturday night.

Jack Crean was discovered on Sunday morning at the HUB-Robeson Center construction site in State College, Pennsylvania. It is not known if he fell or jumped from the 26 metre high crane but he died on impact just a few days before the new semester begins.

The tower crane was reportedly secured, and the entire site is covered by video surveillance cameras. 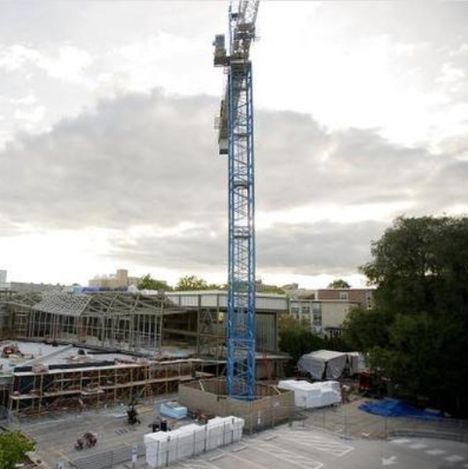 The crane at the HUB centre, Penn State

This tragic incident shows once again how important it is to properly secure tower cranes from unauthorised access. This is especially true for cranes working in city centre locations, near colleges or wherever people tend to congregate at night.