A crane has gone over while working on a ride at the Scandia Fun centre in Sacramento California, yesterday while attempting to remove a large component from the ride. – the Scandia Screamer.

We understand from a good source – and have now received photos that appear to confirm it – that the crane, a 70 tonne Link Belt HTC 8675 four axle truck crane, owned by Maxim Crane Works, was lifting a long lattice boom from the top of the pole that supports, it when it lost stability dropping the boom. 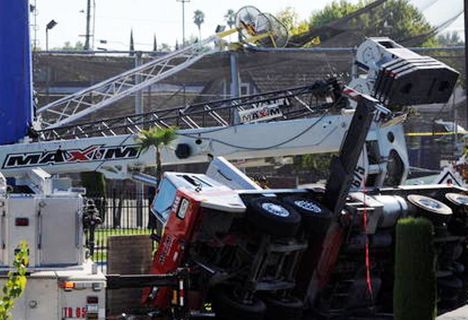 Local fire crews say that the operator and lift managers underestimated the weight of the arm which pivots on a 25 metre high pole, causing the crane to overturn once it took the load. However photos now coming in suggest that the ground may have given way onder the outriggers. 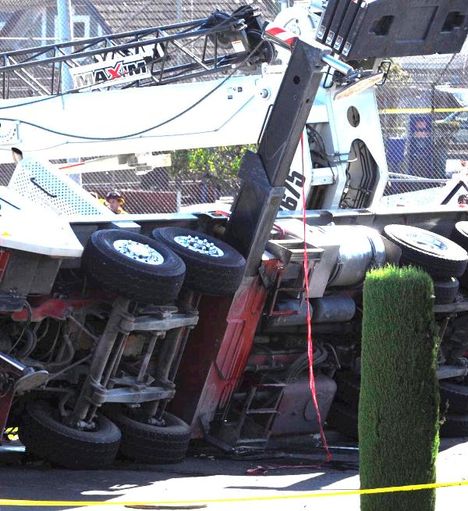 Two men were working on top of the pole, removing bolts to release the arm, which carries a gondola on each end of it, they were fortunately wearing harnesses and lanyards and did not fall, the most serious injury is a broken leg received by one of the two.