Spotted by a reader in Perth, Western Australia, men riding the load on a new build construction site.

The two men rode the concrete panel which was being lifted into place by a tower crane, while they were wearing harnesses this would not have helped if the load was dropped due to a failed hoist line, or slings.

The two almost faced a situation when a trailing tag line caught up. The situation is best described by our reader who took the photographs: 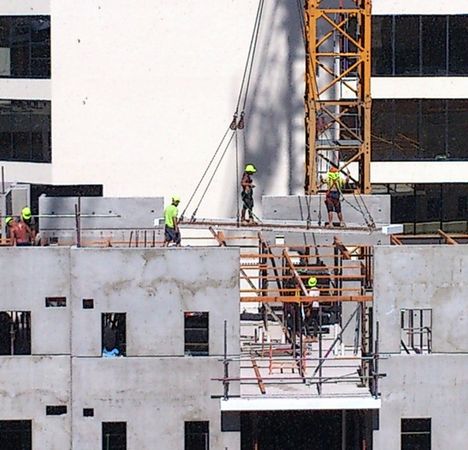 The two riggers/slingers decide to ride the load

“Attached are a couple of photos of guys working on a job in Perth, Western Australia. Both riggers decided it would be easier to climb onto the suspended load from the top floor then riding it into position. While they at least have harnesses, one is attached to the load and the other to a sling holding the load.”

“They were also very lucky not to pull over the form work below while the load was being slewed into place. As they were on the load and not in a safe position on the level below they didn’t see the tag line dragging behind them which got caught up on the formwork below as can be seen in the second picture. Luckily they noticed it just in time. Sorry the photos aren’t the best. I’m sure this is a normal thing in some countries but it’s certainly not regarded as safe work practice here thankfully.” 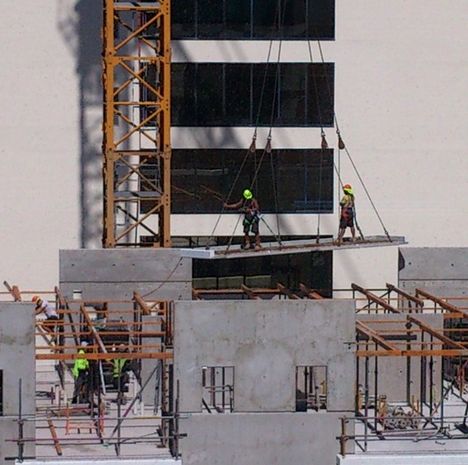 Oops! a trailing tag line catches in the form-work and tilts the load

A definite one for our Death Wish series