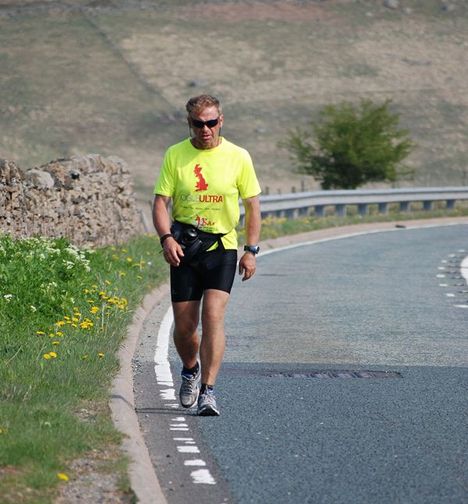 Tower crane operator Michael Brown is the only runner left in the Ultra race from John O’Groats to Lands End having passed the half-way point he is struggling. The whole point is to raise money for an ex-servicemen’s mobility charity so please do log-on and support him.

Last night – day eight – he did not get in until gone 2:00 am this morning having averaged only 3.3 miles an hour over the 56.4 miles from Penrith to Garstang coming after 62.5 miles on Thursday. The rules state that runners need to complete each day’s run by midnight, but he was given a one off extension last night as he is the only runner left in the race.  As of last night he had completed 464 miles of the 860 total in just over 115 hours, today he faces 61.1miles on the roads thru Preston, Wigan and Warrington on to Tarporley. Apparently it is not as brutal a route as yesterday’s climb over Shap – but very long, he started out at on day nine at 10:00 am and must complete by midnight to stay on the race.