Last week a mobile crane lifted a Bristol Bloodhound missile over the London rooftops and into the Hayward Gallery, as part of an exhibition which opens today. 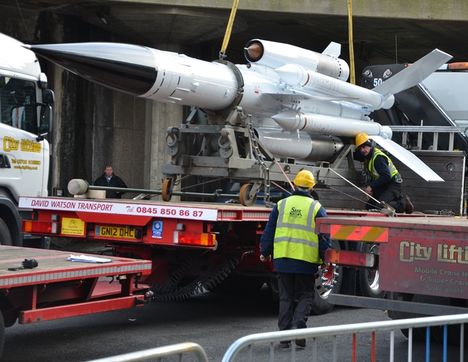 The 55 year old Bristol Bloodhound is delivered to site

The decommissioned Bloodhound weighs around 2,300kg, but with its launcher weighed 3,500kg. It was lifted into the Sculpture Terrace at the Hayward Gallery in London’s Southbank Centre by City Lifting’s new 300 tonne Grove GMK6300L All Terrain, with its 80 metre main boom lifting out to a radius of 65 metres. 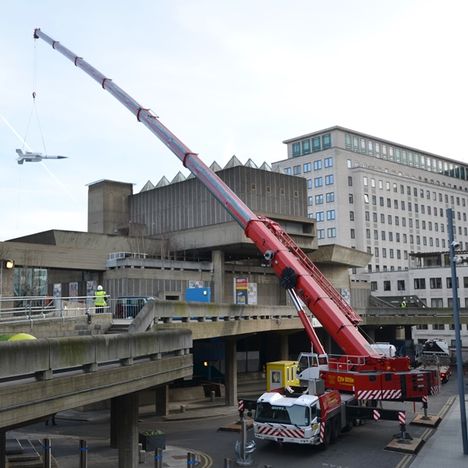 Up and into the gallery terrace on the 80 metre boom 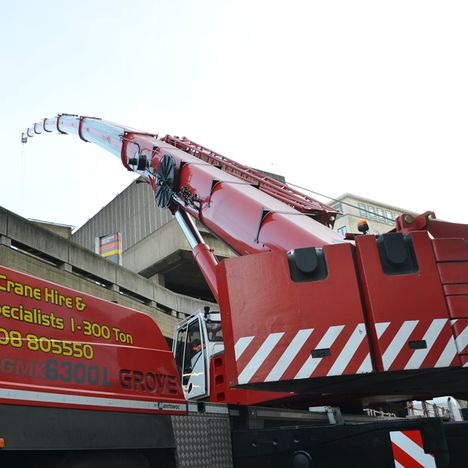 It is part of Hayward Gallery’s ‘History is Now’ exhibition which has a section curated by artist Richard Wentworth who considers the post-war period, modernism of modest means, the beach as a discursive site, the coast, the start of the Cold War, militarisation and industrial design.

The Bristol Bloodhound is a British surface-to-air missile developed during the 1950s as the UK’s main air defence weapon, and saw large-scale service with the Royal Air Force and the forces of four other countries. The Bloodhound Mk.I entered service in December 1958, and began to be replaced by the Mk.II in 1964. The last Mk.IIs were stood down in July 1991, although Swiss examples remained operational until 1999. In total 783 were built. 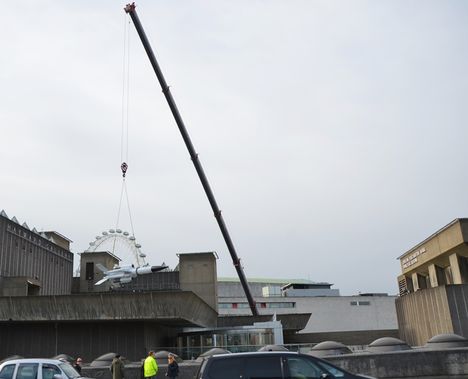 And down onto the sculpture terrace

The rocket, reaches 400mph by the time it clears the three metre long launch ramp and gets to Mach 2.2 in seconds, and can eventually reach Mach 2.7.