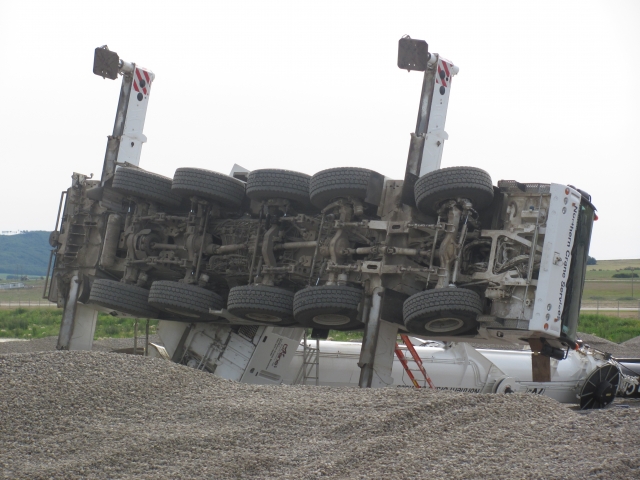 Work was underway on lowering concrete pads to form the foundation of a facility associated with the project when, for an unknown reason, a crane unit tipped over at about 9:30 a.m., said Greg Dobrowolski, special projects manager for the City of Dawson Creek. He said the driver of the crane was taken to hospital with unknown injuries.

He said work at the site, located just off of First Street near the airport, has been stopped while officials from WorkSafe BC conduct an investigation. He said he expects they will lose at least a day on construction of that phase of the project, and perhaps more depending on the extent of the damage to the crane.

The facility was associated with the construction of Submerged Attached Growth Reactor (SAGR) cells necessary in the process to treat the city’s effluent water to a standard where it can be used by the oil and gas industry or for municipal operations such as irrigation.