Two cranes collapsed at VT Halter Marine in Pascagoula, Mississippi, on Wednesday, injuring five people including a crane operator who was seriously hurt and remains in hospital. All five are employees of VT Halter Marine.

We understand that the cranes which look to be large Manitowoc crawlers, were carrying out a tandem lift with three large crawler cranes. They were lifting a large boat module into position when the incident occurred. The boom of one crane came down onto a warehouse building injuring four people inside. 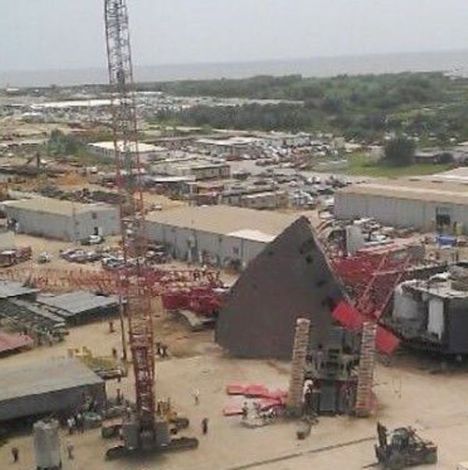 Of the three cranes carrying out the tandem lift, one completely overturned

VT Halter Marine vice President Jack Prendergast said: “We are investigating the accident, and our immediate concern is for those who are injured. Today is not a good day. Safety is our number one priority, and we’re sad this happened. the cranes were performing a tandem lift of an offshore supply ship module when the accident occurred. We do this type of lift all the time. One crane clipped the end of a warehouse”. 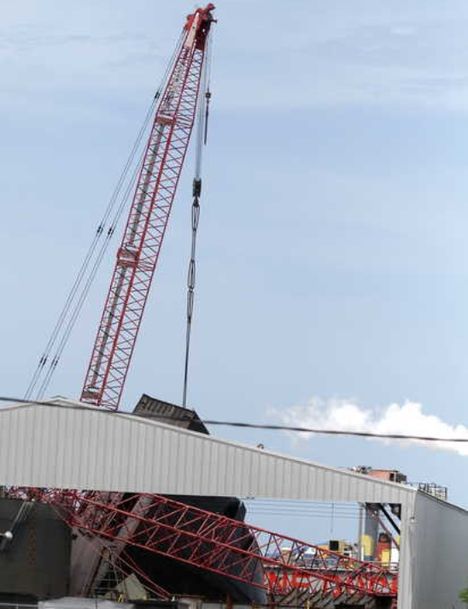 The scene after the incident occurred