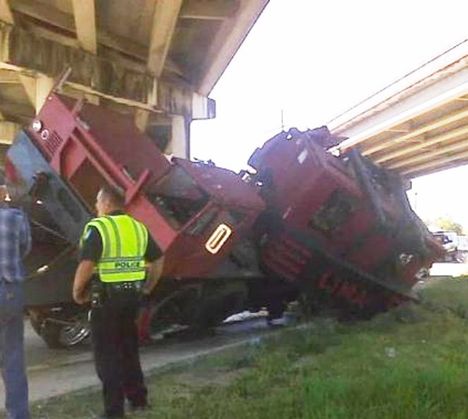 An almost vintage truck crane closed a road in Beaumont Texas yesterday when the low loader it was on tipped over.

The incident occurred under a highway overpass when the crane’s superstructure seems to have slewed over the side of the truck causing it to lose stability. The crane appears to be an old Lima lattice truck crane and if so must be somewhere around 30 years old – if not more.

Given its age we would like to think it was being transported to a museum for preservation, however we have a ‘niggling’ feeling that it was simply being moved between jobs. A second crane was called in to help ‘right’ the crane and its trailer. No one was injured in the incident.