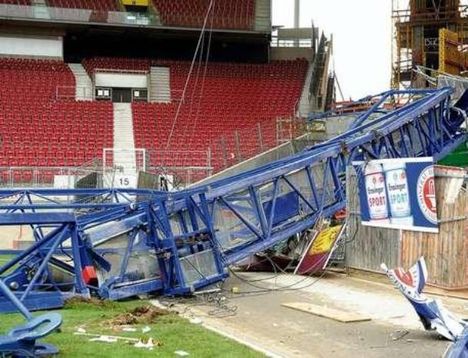 The superstructure of a tower crane broke free at the Mercedes Benz stadium in Stuttgart on Saturday seriously injuring the operator.  The flat top crane was rigged on a 14 metre tower and was working on the conversion of the historic 1933 40,000 seat mutipurpose stadium to a 60,000 seat football stadium.

It looks as though the top of the crane broke free around the slew ring area, allowing the jib, back jib, counterweight and cab to fall onto the pitch. 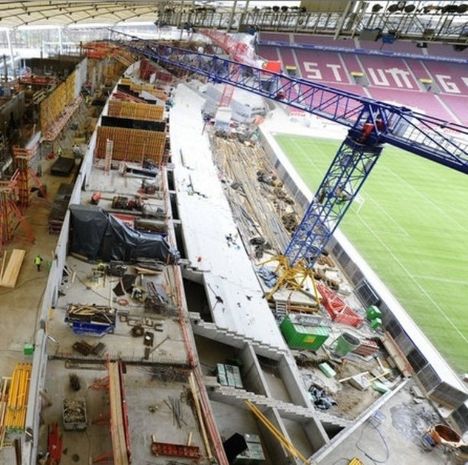 The operator, 31, was able to free himself from the wreckage and was taken to hospital with numerous broken ribs, bruising and abrasions.

The cause of the accident is not clear, but investigators are reported to have commented that they are looking at either “sloppy erection” or component fatigue. As you might expect nothing official has been released. 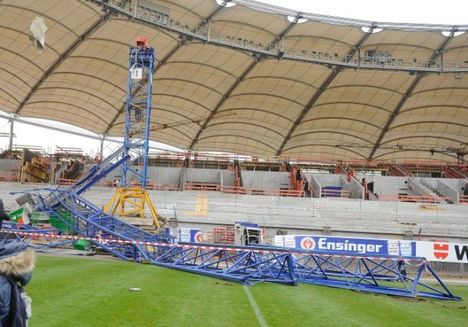 The wreckage is expected to be cleared away sufficiently by Thursday for the scheduled champions league match with Benfica to go ahead as planned.