The collapse occurred around midnight, when the crane, located on the site of a new 20 floor hotel on the opposite side of the street from the affected homes, went over from its base. One report suggests that very strong winds may have played a part on the collapse which was clearly casued by a failure of the crane’s foundation. 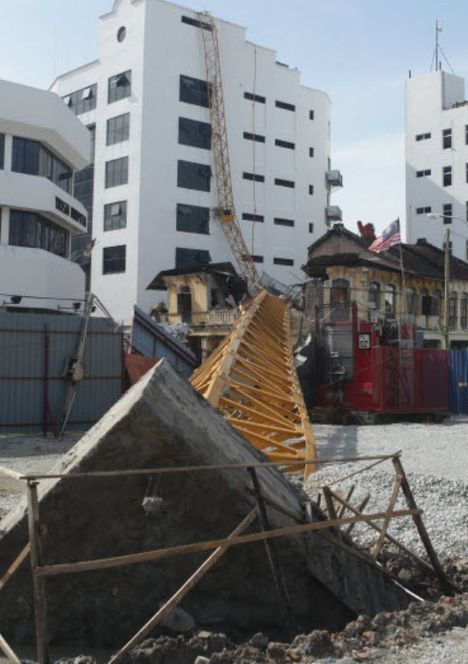 The dead man, Leong Yee Khoon, 64, was said to have been sleeping in his room on the second floor of the house when the tower crane struck at 12:15..

Three others on the house were injured, Luar Chooi Guan, 77, his wife Chew Hong Choo, 76 and their son Seong Ean, 55. A commercial building behind the houses, also suffered some damage in the incident. 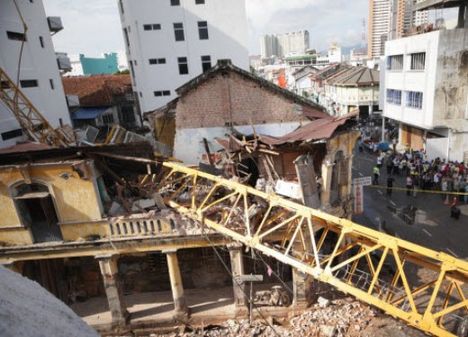 The department of Occupational Safety and Health (DOSH) was due to arrive at the site this morning to launch an investigation.