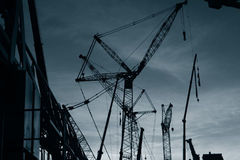 The organisation United Against Nuclear Iran (UANI) is running its Cranes Campaign where it publically calls on crane manufacturers to stop selling new equipment and services in the country. The five manufacturers who had stopped doing business in Iran at the time of writing on 1 September were Konecranes, Liebherr, Tadano, Terex and Unic.

According to UANI, support for the campaign shows that “its economy will continue to suffer unless Iran renounces its pursuit of nuclear weapons, ceases its egregious human rights violations, and ends its sponsorship of terror.” Cranes are highlighted because of their prominent use as gallows for public executions.