An All Terrain crane crashed through the roof of a shopping centre in Johannesburg, South Africa this morning seriously injuring a man.

The crane, a five axle Grove GMK owned by Babcock Plant, was preparing to lift an air conditioning unit at the Golden Walk shopping centre, in Germiston when it overturned. 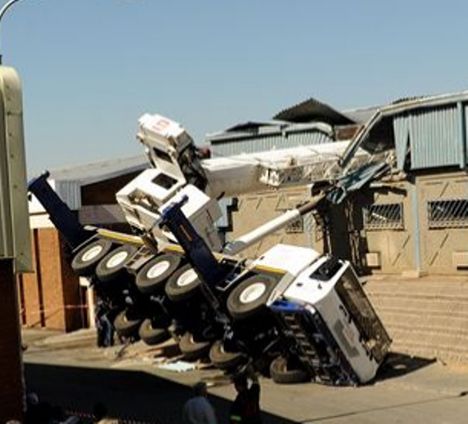 The crane had no counterweight fitted and was short rigged on the lift side, and it looks as if the front outrigger has punched through the ground- no mats were used.

The boom came down on top of the Woolworths store seriously injuring at least one man, while 22 others received minor scrapes or were suffering from shock. 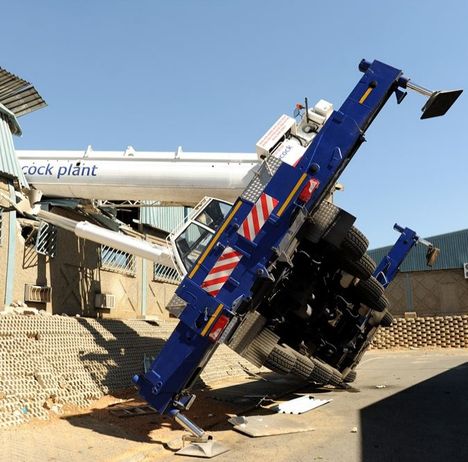 What is so difficult about using outrigger mats and setting a crane up properly?

Unless we are missing something the likelihood of this crane going over were ridiculously high. In an environment like this the chances of finding a void of some sort are almost a given, then to short rig on the lift side when you have no counterweight on the space required is available?!?

This sort of incident should not be happening with cranes like this, their operation should be restricted to people who at least understand the basics.

This looks like a much larger crane than was required was drafted in for a quick lift, with no thought given to the forces and balances that come into play even when there is no load on the hook with such a large crane. Thankfully no one lost their life in the incident.