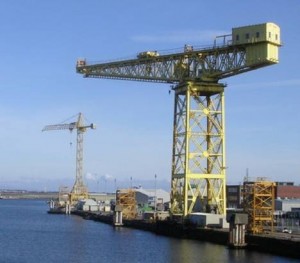 The crane was erected in 1942, replacing an older crane that had been hit by bombers during an air raid on the town of Barrow and its docks by the Luftwaffe 1941..Two watchmen, posted on top of the crane died when it was hit.

75 cranes to go to auction