For those of you who have asked about a crane accident in San Francisco yesterday – it was a sad traffic accident that just happened to involve a crane. 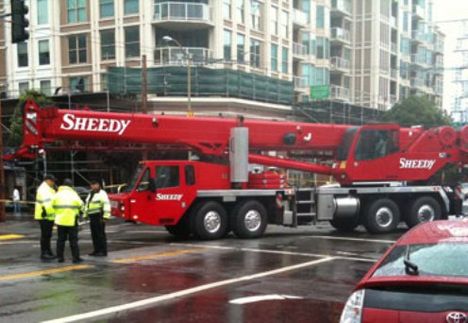 A four axle truck crane was turning at an intersection and hit a 71 year old lady, who died later in hospital. Witnesses say that the driver was not speeding or driving recklessly and there is absolutely no suggestion that there was anything wrong with the crane.

No one has been detained although there will be a police investigation into what exactly happened. We understand that the crane driver is naturally distraught as of course a tragic accident, but the crane was incidental – it could have just as easily been a truck.