One man is dead and another seriously injured after a tower crane overturned in the town of Saint-Sulpice, Switzerland yesterday.

The two men were trying to fix a problem with the crane and were both in the cab when it went over late last night. The crane, a regular saddle jib unit, with concrete ballasted free standing base, overturned at its base. 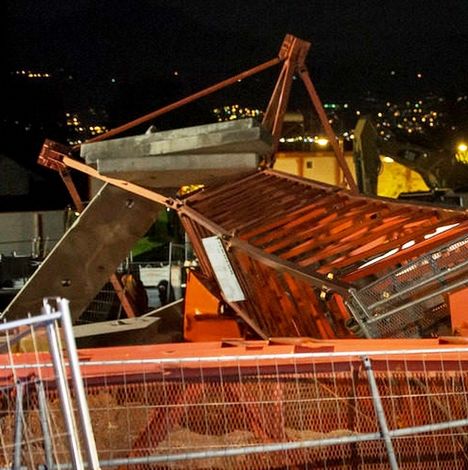 The crane overturned at the base

The two were airlifted to nearby Lausanne, with one of them, a French citizen aged 33 died shortly after his arrival at the hospital, the other a Swiss, 35, is said to be in serious condition. 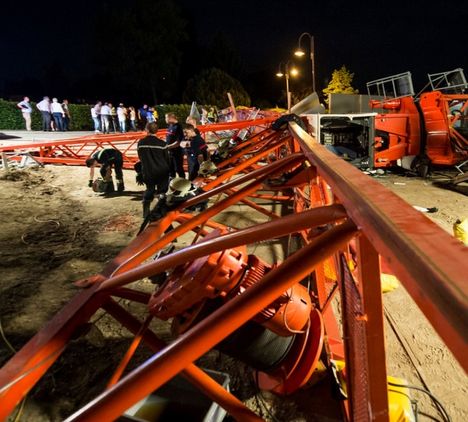 The crane was a regular saddle jib crane

A third man was on site at the time working on the ground and was unhurt, but suffering from shock. 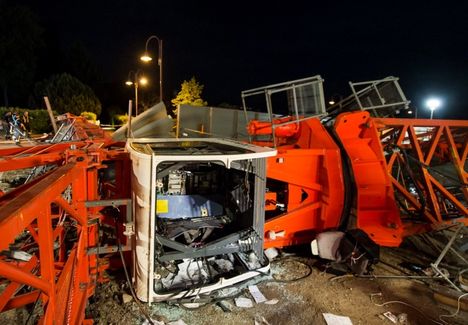 The two men were in the cab when the crane went over.