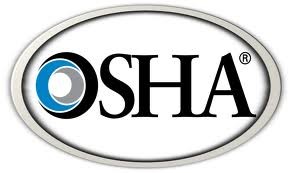 Last week, crane industry representatives and OSHA met about changes to the crane operator testing and certification requirements. At the meeting, OSHA said it did not foresee a major overhaul of the cranes and derricks in construction standard, 29 C.F.R. 1926.1427, before it goes into effect in November 2014, according to Bloomberg BNA.

Many participants in the April 2 meeting were concerned with the certification and qualification of crane operators, how operators will be tested, and the subjects operators will be tested on. Different interpretations of certified and qualified became part of a larger discussion of OSHA’s requirement that operators be certified based on the type of crane and the crane’s capacity. Participants argued they would incur more costs associated with testing, and the rules would require thousands of operators to be recertified by 2014.

Another issue raised at the meeting was how OSHA should define a crane’s capacity, which participants said could be based on the weight the crane is designed to lift, the length of a crane’s boom, the actual weight of a load to be lifted, or a combination of factors. Participants suggested that OSHA should set broad weight categories if a new certification is required when an operator is assigned to a higher-capacity crane.

Bloomberg reported that Jim Maddux, head of OSHA’s Construction Directorate, told the people attending the session that OSHA’s options include taking no action, changing the rule, or writing an interpretation or directive that addresses industry concerns. Maddux said he did not foresee a major overhaul of the rule, and the requirements in the rule have a strong legal foundation. He also said a timeline has not been set for when the agency will respond to the suggestions raised during the stakeholder sessions.

A Web Exclusive from Professional Safety