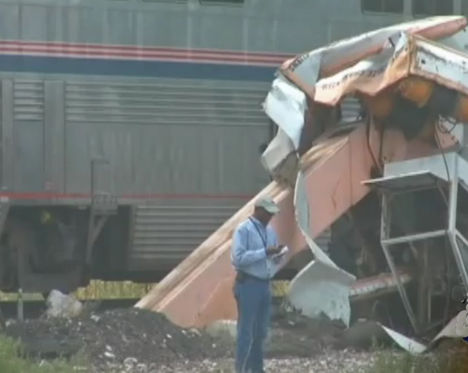 An Amtrak train struck a truck crane in a remote part of southwest Nebraska on Friday, injuring passengers.  The train, the California Zephyr travelling between San Francisco and Chicago, was carrying 175 passengers and 17 crew when it hit the crane, derailing the two engines and half of the 10 carriages, while ripping the superstructure off of the crane.

Around a dozen passengers and crew were taken to local hospitals for treatment, although none of the injuries were thought to be life-threatening. 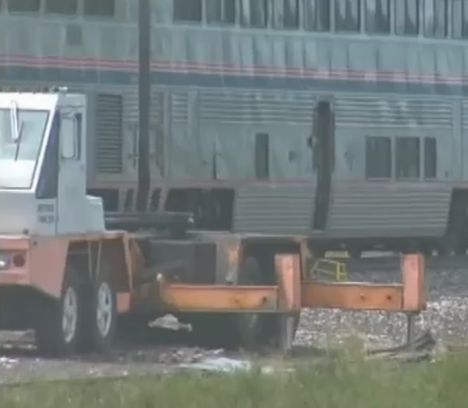 The crane and vintage truck crane that we are struggling to identify, from the poor photos we have been sent, was removing an old grain elevator adjacent to the tracks in an area to the of Benkelman, near the Nebraska-Kansas border.