Strong winds in Perth, Western Australia, took the luffing jib of a tower crane over the back and onto the roof of a hospital on Sunday as winds as high as 140kph caused widespread damage to the region.

The crane that lost its jib, a Potain luffer, was working on the QEII Medical Centre in Nedlands. We understand that no one was hurt and that apart from the crane itself damage was relatively light and limited to some roof edge damage. 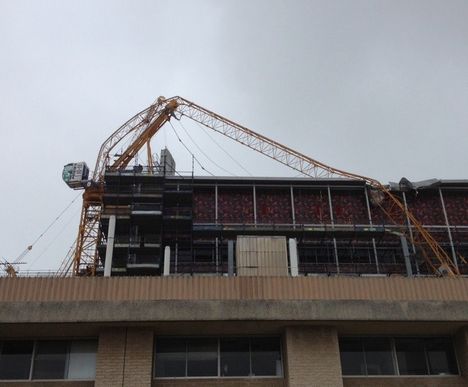 While not yet fully confirmed we believe that the site was closed when the incident occurred and the crane was parked up in its out of service mode.