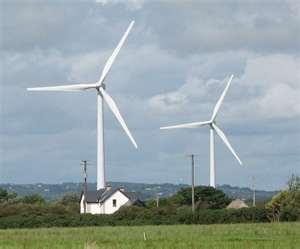 Heavy haulers have had to invest in new equipment to haul wind components due to their increasing weights and heights. Permitting and regulatory issues continue to complicate matters. Jeff Hampton reports

Transporters of wind energy components are juggling the challenges of carrying ever-larger loads and maneuvering the continued tangle of permits.

“We’ve invested heavily in the last several years in equipment specifically for this industry,” says Alan Redding, director of sales and marketing for ATS Wind Energy Services, the largest asset-based wind transporter in North America. “We try to move with our customers needs. As they evolve, we evolve with them.”

And that evolution, as predicted, has gone toward taller towers, longer turbine blades and heavier nacelles.

“It’s all getting bigger and more complicated,” says Redding. “You can build bigger trailers to carry bigger components, but you can’t change the infrastructure.

The industry is already at that point where we’re pushing the envelope on the size that can be transported. There were challenges to move 1.5 megawatt turbines, but for the most part we could use existing trailer systems.

But now with the 2, 2.5 and 3 megawatt turbines, it’s limiting the equipment that can be used.”

It’s also putting more stress on the planning and permitting process, which already is a challenge from state to state but also between municipalities and counties.

“Due diligence is becoming more intense for transporters,” says Redding. “We have to work on route studies and planning much earlier to provide a quote to the customer, but also just to see if we can get it done.

“Our job is to get up-stream on the project as much as possible,” he continues. “We have to look at the routes and work out the choke points before they become an issue.”

Like most transporters, ATS witnessed the decline of wind business in 2010. “Development of wind projects hasn’t been as robust as in the past, but hopefully some legislation is coming that will stimulate new projects,” says Redding. “We need leadership at the federal level.”

Meanwhile, 2011 is looking better and the outlook for 2012 is strong. “The long-term prospects of wind are very good,” he says.

With Texas continuing to lead the nation in wind energy construction and generation, it’s no surprise that the state is also leading efforts to ease the permitting pains for large cargo loads, including wind components.

The Texas Department of Transportation (TxDOT) is preparing to launch TxPROS, a “permit routing optimization system” that promises to streamline permitting at every level.

While many states have on-line permit systems, they are static, says Carol Davis, director of TxDOT’s Motor Carrier Division. In contrast, TxPROS will have Google-style routing.

Rapport is elusive currency, build it, bank it.