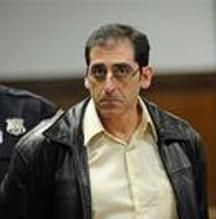 The tower crane erector/rigging contractor who was responsible for the crane that collapsed and killed seven people in Manhattan, had his license revoked today by New York’s Department of Buildings.

The decision by commissioner Robert LiMandri to revoke William Rapetti’s license was based on a report issued by judge John B. Spooner, who oversaw a seven day hearing in December.

Spooner found that Rapetti violated the law and professional standards by the fact that he used a damaged nylon sling to support the crane’s tie-in collar, used fewer slings than were required and failed to use pads to protect the slings from sharp edges.

LiMandri said: “We have determined that Mr Rapetti took shortcuts while erecting the tower crane by using damaged equipment and failing to follow the manufacturer’s specific instructions. Those shortcuts sacrificed the safety of the job site and led to horrific consequences. Therefore, in order to protect the safety of the city and its people, I believe it is necessary and justified to revoke his licenses.”

The decision comes 12 months after Rapetti was acquitted of all criminal charges in the case, following a prosecution brought by the Manhattan district attorney’s office in connection with the crane collapse on 51st Street.

Rapetti’s lawyer said the revocation was expected, but that his client would still be allowed to work on cranes, just not as a supervisor and that the decision was a way for the Department of Buildings to shield its own culpability in the crane collapse.

In the criminal trial he argued that many others working at the site, including city workers, made mistakes that led to the collapse and blamed the accident on the decision not to anchor the crane to the ground and the use of poor quality steel beams to fasten the crane to the building.

Rose Gill Hearn, the commissioner of the department of investigation, said: “This administrative revocation underscores that the city will not tolerate professional licensees who cut corners, use shoddy equipment, and ignore construction and crane regulations. A rigger who worked on a construction crane that collapsed and killed seven people has been stripped of his licenses. An administrative judge says the rigger’s sloppy work was to blame for the collapse, despite his acquittal on all criminal charges.”