The Utsunomiya District Court sentenced a 26-year-old man with epilepsy to the maximum term of seven years in prison Monday for killing six children in a mobile crane accident last April in Tochigi Prefecture, even though his condition played a factor in the accident. 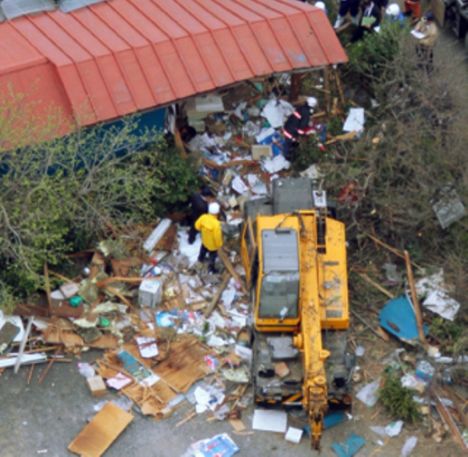 The link below is to Vertikal initial news story.

Presiding Judge Masanobu Sato said Masato Shibata “should have refrained from driving regardless of any circumstances. . . . The lack of due diligence caused grave consequences.”

Seven years is the highest penalty allowed for negligent homicide while driving.

The judge also told Shibata that the accident was caused because he “downplayed the risk without sincerely facing the illness.”

While Shibata’s lawyers had sought leniency, saying he had an “obsession” with mobile cranes stemming from an inferiority complex and a sense of alienation caused by his disease, they will not appeal the ruling, they said.

On the morning of April 18, Shibata, ignoring indications of an epileptic seizure, lost consciousness as he was driving the vehicle and rammed the schoolchildren in Kanuma, Tochigi Prefecture, killing six, the court said.

He had caused 12 accidents due to epilepsy and other causes before.

The victim’s next of kin denounced police for failing to act properly when Shibata caused an accident involving serious injury in April 2008. The police were found to have ignored the possibility of epilepsy without confirming it with a hospital, even though the fire department reported it.

“If police had confiscated his driver’s license then, the children may have not been killed,” said Saori Omori, whose 11-year-old son, Takuma, was killed in the accident.

The families will soon launch a campaign calling for a legal revision to toughen the penalty, demanding that epileptics who acquire driving licenses without declaring their illness be charged with vehicular homicide if they cause deaths.