Seattle Fire is upgrading a “car fire” call in the 4700 block of SW Andover to a “full response” so lots of units are heading that way and we’re told the smoke is visible for some ways around. (added) First units on scene are describing it as a “well-involved crane” with “power lines below the crane” – dangerous situation – avoid the area.

Our crew just arrived and says it’s in the alley between 47th and 48th. From the scanner, the fire is “confined to (the mobile crane) and fence.” Firefighters are working to keep it from spreading.We’ve added a short Instagram video clip from our crew atop this story. Firefighters say the fire’s under control. 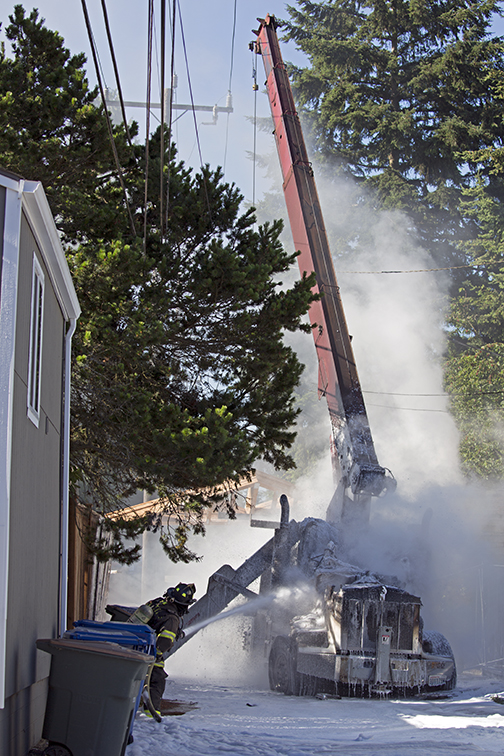 The fire response is scaling down. No report of flames spreading to nearby homes – firefighters got it handled in time.

The project with which it was associated, according to our crew, is at 4007 47th SW, which is showing in city permit files as an addition to a single-family house.

The power lines “are still energized” and they’re awaiting City Light’s arrival to cut the power as well as a salvage crew to remove the crane.

Not sure how this will affect people in the area but now they’re saying SCL won’t be able to shut down the power until noon or so. At least one SFD engine is remaining on scene TFN.

SFD tells us they believe the fire started when the crane touched a wire, which would explain commenters’ reports of a brief power outage at about the same time. 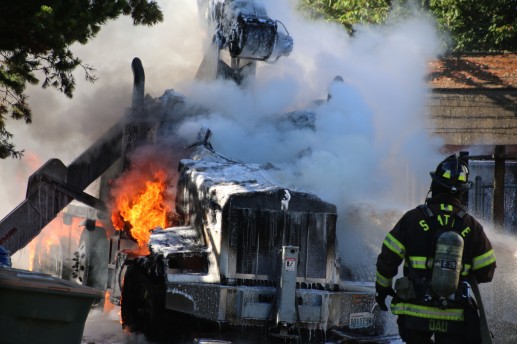 Dinosaurs arrive at the Calgary Zoo.