The man, Richard Dufresne, 44, was operating the barge based crawler crane, the boom of which went over the back in Stamford Harbour on May 22nd landing on a boat.

He has been charged with first-degree reckless endangerment, operating a crane without a license and operating an unregistered crane. He was held on $1,500 bond and was scheduled to appear in court June 28. 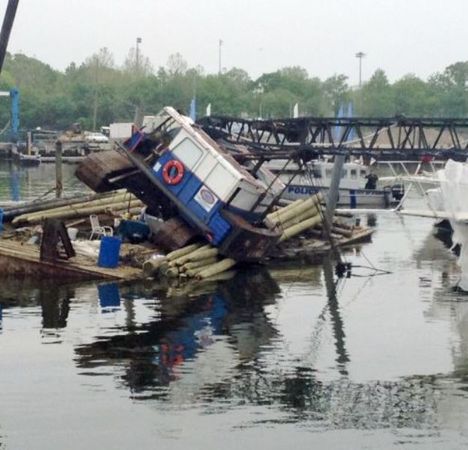 The crane remained on the barge… just

A statement from the police said that when he was arrested last week, he was operating a different crane, which was also unregistered. He is employed by Concavage Marine Construction, who also own the crane that overturned.