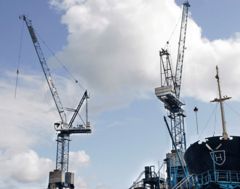 The Porta Nuova project will renovate three existing neighborhoods on the outskirts of the Italian city. Spread over 290,000 square metres, it includes a series of skyscrapers, piazzas, parks and bridges which will reconnect the districts of Garibaldi, Varesine and Isola.