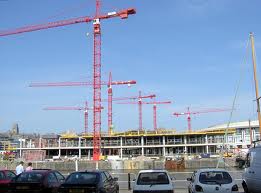 Perth- Australia, a court has fined two directors of D&G Cranes $45,000 each and the company $90,000 for a fatal accident in 2007. D&G Hoists & Cranes, operations director David Keating and Luigi Vincenzo Decesare, managing director, were found guilty in December of failing to provide and maintain a safe workplace, which caused the death of Luke Murrie, 22, after he was struck in the head by a 375kg tower crane section.

Magistrate Pamela Hogan rejected the application for a spent conviction, citing the need for general deterrence. She said that although the directors had a safe system of lifting the crane tower sections, the system had not been supported by adequate training and supervision.

Acting WorkSafe WA commissioner Lex McCulloch said: “This case illustrates that directors have an obligation to directly intervene if necessary in situations where unsafe work practices are taking place. The court was told that the slinging practice used was inherently dangerous because it relied heavily on the packing straps supporting the load, which they clearly did not. The court found that it would have been practicable for safe work practices to have been in place, which may well have prevented this tragic loss of a young life.”

Since this accident occurred D&G have implemented a number of safety initiatives including embracing Australia’s CraneSafe green sticker programme confirming that the crane has undergone a stringent independent -third party pre-erection inspection and commissioning that fully complies with Australian Standards AS2550-4&20.