The crane, owned by Vest Kran, was working from a massive barge, installing a new bridge in Vikan, near Bodø when the incident occurred. No one was injured.

According to the plant manager employed by the contractor, Reinertsen, the crane’s boom was almost fully extended to between 40 and 50 metres when the second section suddenly buckled way. Although it is not clear we also understand that the final section also broke away – possibly as it landed? 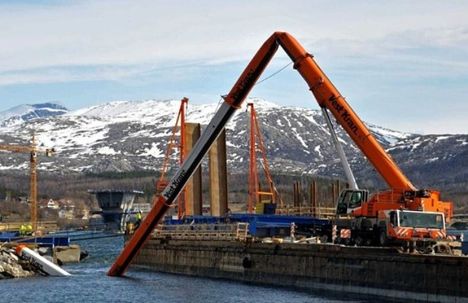 An investigation is underway with talk of overloading, fatigue, side loadings or other causes.

Vest Kran, founded in 1992, is based in Ågotnes and operates in Norway and Sweden, with a focus on the wind, oil and gas industries.

What holiday is this anyway? Well, happy whatever!