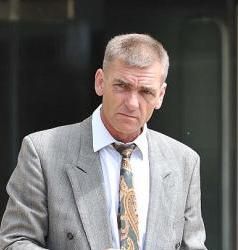 The crane driver involved in the ‘run-away’ crane that killed a farmer has been acquitted by a jury of any blame. Allan Woodrow was acquitted in under an hour at Bradford Crown Court of causing the death of Colin Chew by dangerous driving on March 26, 2009, and an alternative charge of causing his death by careless or inconsiderate driving.

Chew died when Woodrow’s mobile crane ran away with him down a steep hill on Otley Road, East Morton, near Bingley.

On Wednesday 49 year old Woodrow told the jury how he battled to stop the crane as it gained speed down the hill. He had been driving mobile cranes for more than 20 years, usually working in the London area.

Woodrow said he was unfamiliar with the ‘up hill and down dale’ road to East Morton and did not know there was a hill with a 17 per cent downward gradient on his route.

He told how he locked his vehicle in second gear and put his foot on the exhaust brake as he began the winding descent. Rounding a steep bend, he used the foot brake but felt “virtually nothing”. He said he saw the tractor and trailer 400 yards ahead of him and began gaining on it.

He pulled on the handbrake to try to stop the crane but it did no good.

“I was thinking: How the hell am I going to stop this thing?” he told the court.

His vehicle hit the tractor and trailer and the driver was flung out of the back window. Woodrow said he stopped the crane by driving at a stone wall.

Woodrow told the court he had been treated for clinical depression and had counselling after the crash. Asked how he felt about Chew’s death, he told the jury: “You cannot explain how you feel. I wouldn’t wish it on my worst enemy.”

The Crown accused Woodrow of using his brakes for “too long and too much” as he came down the hill. It alleged the mobile crane suffered “brake fade” when the brake linings overheated because of over-use.