On Tuesday, Terex unveiled its largest luffing tower crane – the 1,600 tonne metre, 66 tonne maximum capacity CTL 1600-66 – at a customer event at its test facility near Fontanafredda in Italy. 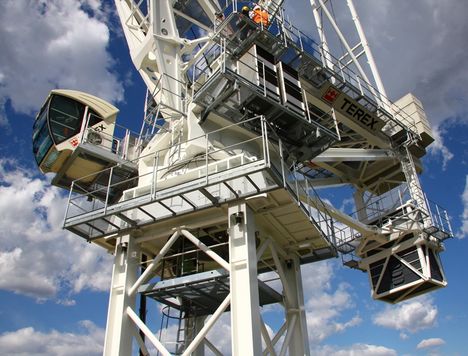 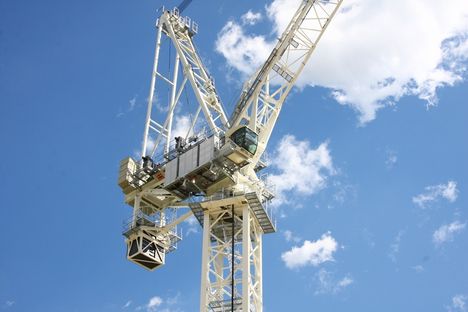 The Terex range now covers capacities from eight to 66 tonnes, jib lengths from 50 to 75 metres with jib tip capacities of 1.8 to 16 tonnes.

Terex’s dealer in the UK – Select Plant – has ordered the first two cranes – the first being the launch machine – which are thought to be heading for football stadia contracts in the Manchester and London area.

The new luffer uses a 12.5 metre square base with the electrical box on the tower access platform, above the ballast. This has two advantages – being out of the way and difficult to reach for non-authorised people, and also a better solution when used with a travelling chassis. There are also two tower platforms which aid assembly.

A new tower system – the Terex HD33 – is also used with its six metre by 3.3 metre sections, pre-assembled ladder, tower platform, and a new connection system for improved safety and speed and lifting points for vertical and horizontal positioning. Terex engineers said the tower would also be suitable for a larger luffer model up to 2,000 tonne metres should demand for such a crane exist. 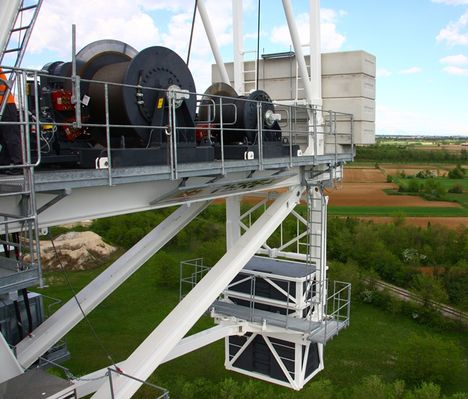 All functions are frequency controlled for fast, precise load positioning the 150kW hoist has a maximum rope capacity of 960 metres and a speed of 185 metres a minute with 2.5 tonnes and 12 metres when lifting 66 tonnes. A 150kW hoist raises and lowers the jib taking about one minute 45 seconds to raise it fully. Tele Assistance allows all the relevant data to be checked remotely, including historical data and work hours, active alarms and alarm history. The latest EVO 15 cab incorporates monitors for jib end and counter jib cameras. 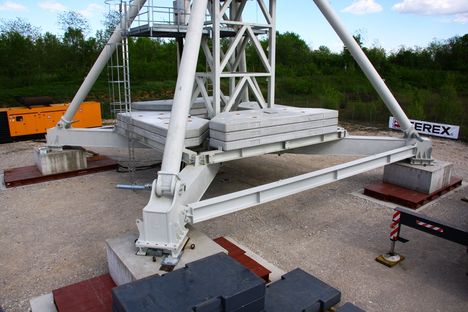 Maximum free standing height on concrete, with this tower is 89 metres, or 87.9 metres on a fixed chassis, and 83 metres on a traveller. External and internal climbing is available to suit most requirements. A combination of fixed and mobile ballast gives the best balance when erecting and operating the crane. The amount of ballast varies with jib length – for 45 to 75 metres the mobile ballast consists of 10, 7.5 tonne blocks. For shorter jib lengths less ballast is required.

Jib lengths are increased in five metre sections from 40 to 75 metres and include LED warning lights and double platforms on the jib end. The foldable ‘A’ frame can be transported on one truck and is ready to be erected. It also includes an in-built ladder with anti-fall device, two anemometers with wind speed and direction and LED lighting.