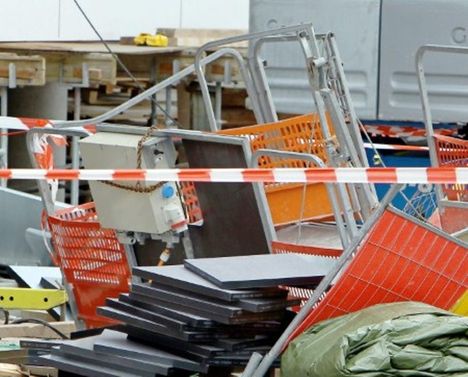 A mother and daughter have died and three men were injured after a mast climber collapsed in Liege, Belgium yesterday. According to the reports that we have been sent the mast climber or material hoist was working on the facade of the Media City site in Liege yesterday morning. Julie Van Weereld, 26, and her mother Patricia Van Weereld, 49, were travelling in the 12 metre high platform along with Samuel Torrijos, 24, Kévin Nailis, 16 and Luigi Gallina, 30 and a load, when the mast broke away from the building.