All the news services are reporting that a crane operator has been charged with manslaughter following the collapse of a building in Philadelphia last week in which six people died and 14 were seriously injured.

Sean Benschope, 42, who has been charged with six counts of involuntary manslaughter, 13 counts of reckless endangerment, and one count of risking a catastrophe was actually operating a hydraulic excavator for demolition contractor Griffin T. Campbell, not a crane. Not even a machine that resembled a crane. 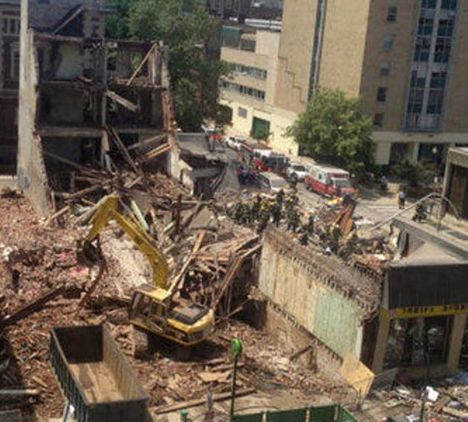 The site in Philadelphia

The charges relate to the fact that he was found to be high on narcotics and prescription drugs while operating the machine.