Three people suffered minor injuries after a tower crane dropped its load in the Leith district of Edinburgh, Scotland, on Friday.

The crane was unloading a load of timber and glass from a truck below, when the rigging/lifting straps was said to have failed, causing the load to drop into the street and the site below, hitting an occupied parked car, a pedestrian and a building worker. 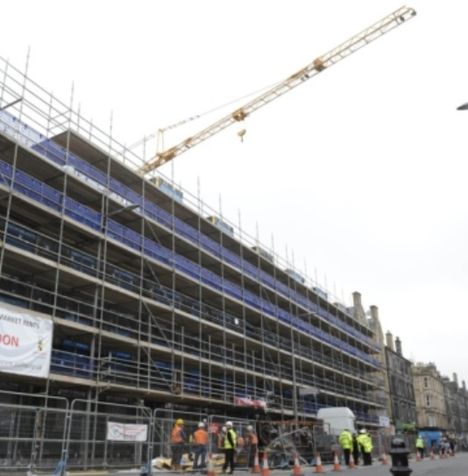 The crane shortly after the incident occurred

The crane is working on an apartment block for the Port of Leith Housing Association. The Health & Safety Executive have investigated and given the go-ahead for work to resume on Monday.