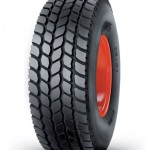 Following extensive trails with higher axle loadings in the UK, off-road tyre specialist Mitas has launched an All Terrain crane tyre, the CR-01 for the replacement tyre market. The new tyre has been designed and is manufactured at Mitas’ Czech Republic-based plant.

Mitas says that the all-steel radial can not only cope with higher axle loadings, but also provides higher resistance to punctures, reduced rolling resistance and lower fuel consumption. Durability and traction is improved due to the bridges between the tread blocks and the company claims it has the deepest tread depth of 26mm.

A controversial issue with crane tyres in the UK are the STGO rules which allow cranes to travel on public roads with axle loads of around 16 tonnes, rather than the usual European norm of 12 tonnes.

Mitas offers a certification that stipulates that the STGO category “C” tyre can withstand axle loads of up 16,500kg, when combined with a driving speed of up to 36 miles per hour. 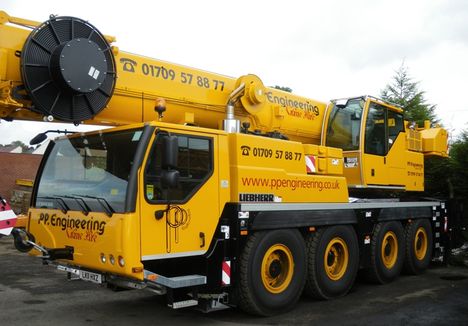 Jon Ward, managing director of Mitas Tyres UK, said: “Mitas has improved its research and development, design, technology and product capabilities. And because all procedures are in-house its tyres can be specifically developed to meet the requirements of customers.”