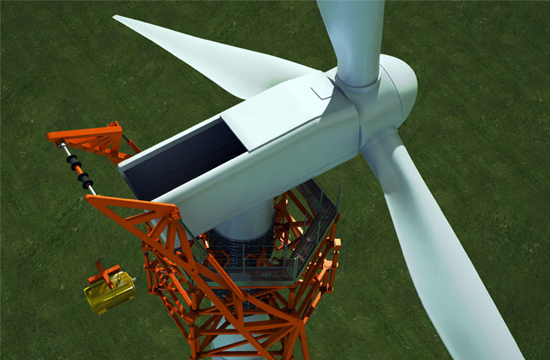 Now that the United Nations climate talks have wrapped up in Copenhagen, nations agreeing to the accord drafted there are now obliged to keep their promises to cut greenhouse gas emissions. Wind power is one of the key sources of renewable energy expected to play an important role in helping to cut emissions and wean society from its dependence on fossil fuels, which means wind-power companies must be prepared to quickly fix mechanical problems that threaten to slow down renewable energy production.

Blown generators, misbehaving gearboxes and damaged rotors keep turbines from maximizing the energy they draw from nature, raising the question of how to reliably maintain dozens of mammoth towers, some of which rise more than 100 meters above the ground. 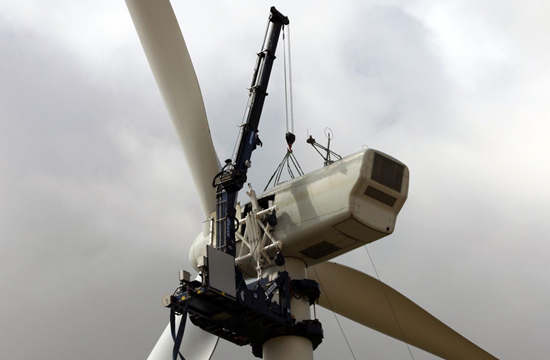 Large mobile cranes are used to assemble wind turbine components at the top of lofty towers and, later, to service these turbines. But the rapid expansion and interest in wind-harnessing technology has strained available crane resources, creating a shortage of capacity, says Jacob Juhl Christensen, product manager for Vestas Wind Systems, A/S’s Technology Product Management R&D division in Denmark. “Sometimes, even though spare parts are available to repair a turbine, it may take months to secure a crane to do the repair work,” he says. Given that some of Vestas’s turbines operate 70 to 105 meters above the ground, where the winds are strong, the heaviest cranes are required to do repair work. Unfortunately, such cranes are also the most difficult to move from place to place.

Vestas is developing its own crane technology to avoid such problems. The Vestas Tower Crane, still in the prototype phase, is designed to attach to a cable lowered down from a small crane located inside the turbine tower’s nacelle (the cover housing the wind turbine’s generator and gearbox) and hoisted upward. The Tower Crane, which measures 10 meters long, 2.9 meters high and 3.3 meters wide, actually ascends through a multistep process: The cable lowered from the nacelle to the ground first connects to and hoists a tackle (a system of pulleys that distributes the crane’s weight), which Vestas calls the “nacelle attachment system,” or NAS. Once the NAS is pulled up and attached to the side of the nacelle, it uses a number of cables to hoist the crane itself. 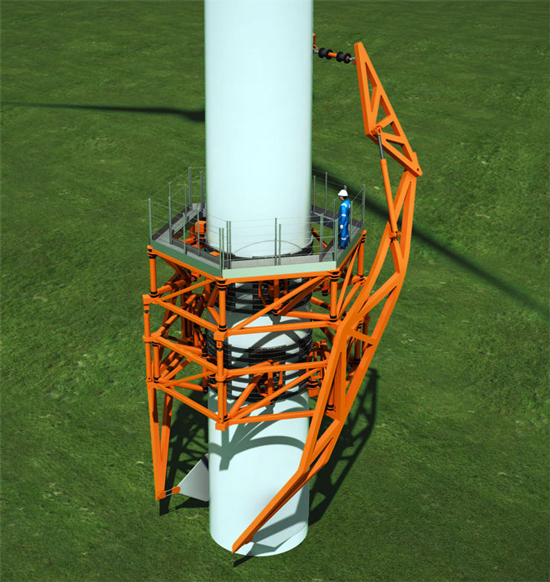 After the crane reaches the top of the tower it clamps its four claws around the post like a giant robotic hand to provide stability, allowing the crane to operate in winds as strong as 15 meters per second, Christensen says.

The 53-metric-ton Vestas Tower Crane, first demonstrated earlier this year, has been used to a limited extent to date as the technology is further developed. The current version of the crane features a single crane arm that can install and remove gearboxes and generators. Future versions are expected to be able to do replacement or repair work to the rotor blades themselves. 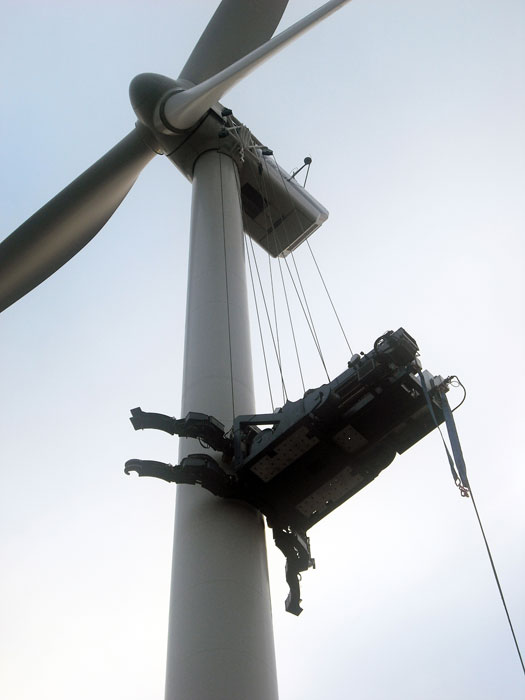 The plan for Vestas’s next-generation Tower Crane is for it to be able to work with several of the company’s different turbine models with only minor modifications. The company expects to have a prototype of the new crane within a year, in time for the launch of its V112 three-megawatt turbine, which will have heavier components and require a crane with a stronger arm than the current Tower Crane has.

Vestas’s Tower Crane is not the only novel approach to wind turbine crane technology. ITI Energy, part of Scottish Enterprise, the country’s main economic agency, has invested about $3.2 million in a special wind turbine access system called “Orangutan”. ITI Energy’s system, designed by Oreada, Ltd., also based in Scotland, is made up of two friction clamps, connected by a hydraulic structure that allows caterpillar-like motion up and down the turbine tower. 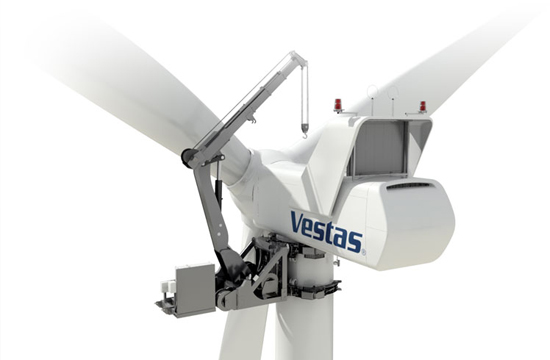 After testing the technology on a tower built at one-fifth scale (compared with a normal turbine tower), Scottish Enterprise is now looking for partners to turn the prototype Orangutan into a climbing machine that can be commercialized.