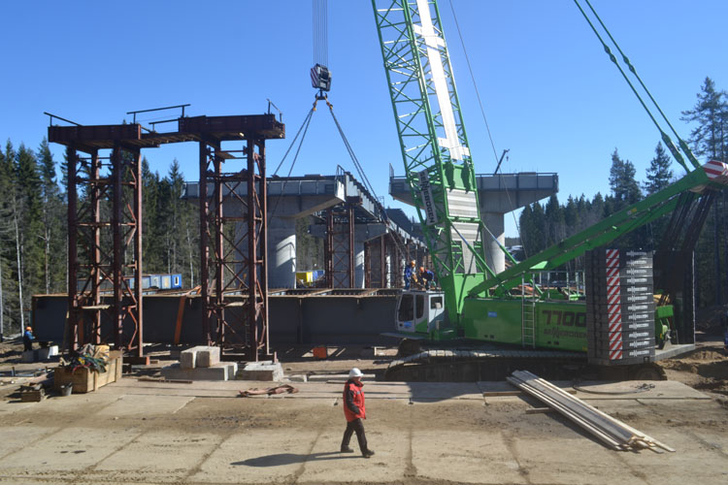 The bridge forms part of the new A121 motorway between St Petersburg and Priosersk-Sortavala.

The 300 tonne capacity crawler crane was used to lift prefabricated steel parts weighing up to 100 tonnes onto the concrete foundations.

The 7700 was configured with a 41 m boom and auxiliary jib. It has an 8 m wide crawler undercarriage and 135 tonnes of ballast. A 313 kW Caterpillar diesel engine powers the two 220 kN winches.

Challenges during the bridge build included hilly terrain and extreme inclines, a spokesperson said. Around 10 more bridges will be built along the route.